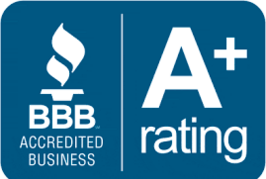 When trusting a company with your business and equipment investments, it’s important to get to know the people who run the business, so I’d like to take some time to give you a little background information on the owner of 3R Sales and Service, Paul Middlecoop.

Paul started his career as an auto technician right out of high school and dedicated nine years to the trade where he obtained his Master Auto Technician Certificate.  While working as an auto tech, Paul married his wife, and now Vice-President of 3R Sales and Service, Brenda Middlecoop.   After working as an auto tech, Paul moved on to be a tool salesman with Snap-On Tools.  During his nine years in Snap-On, he held the position of a Dealer/Franchise Owner, and also a District Manager.  Some of his accomplishments in the tool business included: making Century Club four times in his district, and also being named one of the fifty top dealers in the WORLD out of five thousand dealers.  Once Paul and Brenda started their family, they decided they wanted to have the ability to spend more time with their two daughters, and in 1995 Paul left Snap-On and together they purchased 3R Sales and Service.

In 1995 3R Sales and Service started out in a 3,000 sqft facility with only 4 pressure washers in stock.  Paul and one service technician made up the entire team for the business.  Now, 3R Sales and Service is housed in a 39,000 sqft facility with over 100 pressure washers in stock, and seven employees.  We are still a family-run business with Paul as President, Brenda (his wife) as Vice- President, Ashley and Abbey (their daughters) working in accounting and sales, and Michelle a long-time family friend in accounting as well.  We also have two of the most experienced service technicians (Tim J and Tim P) with 18 years of experience each, so 3R has the best service technicians that this area has to offer.  We now have grown to be the #1 pressure washer dealer in the tri-state area.  Paul takes great pride in his business and strives to fulfill the meaning of our name: Rapid, Reasonable, and Reliable (3R) Sales and Service. He has also won several awards from manufacturers for top sales and customer service, and also strives to maintain our A+ Better Business Bureau rating.

Over the last 24 years, Paul has accomplished several other feats in his life while running his business:

While Paul has worked hard to build his business to what it is today, he also enjoys his time outside of work.  Some of his favorite hobbies include playing drums, driving sports cars, traveling, and most of all, spending time with his kids and grandkids.